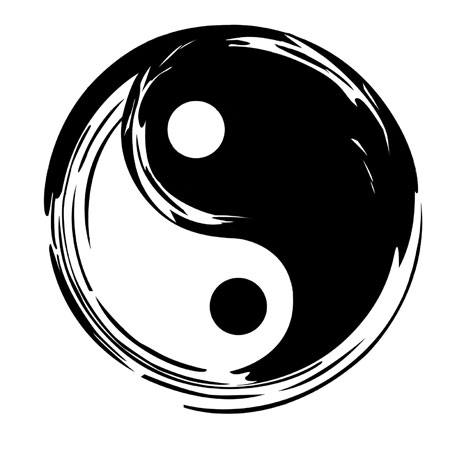 Taoism is an ancient tradition of philosophy and religious belief that is deeply rooted in Chinese customs and worldview. It is loosely based on the writings of a mythical figure named Laozi who lived in 6th century years ago. Taoism calls for an adherence to "the way", which practitioners have long interpreted as a return to the natural world. The core of the basic belief and doctrine of Taoism is that Tao is the origin and law of all things in the universe. The Tao is not God and is not worshipped. While Taoists recognize a vast pantheon of gods and goddesses, they do not acknowledge any that are omnipotent or eternal. All the gods, including Laozi, are divine emanations of celestial energy. It is a religion of unity and opposites: Yin and Yang. The principle of Yin Yang sees the world as filled with complementary forces - action and non-action, light and dark, hot and cold, and so on. Taoists stress the importance of harmonizing with nature by balancing yin and yang, and developing chi through meditation and disengagement. The human body is regarded as a source of chi-derived energy, which some people have the power to concentrate and congeal into an essence. Chi is variously known as the "breath of heaven," “mystical breath," the "breath of nature" and the "quality of spirit", and represents universal life force energy - a vital force forming part of any living thing. Taoism has no centralized authority and different sects have different headquarters. However, the White Cloud Temple in Beijing is a key center for training for priests and for administration. There are 20 million Taoists worldwide, most of whom live in China, Taiwan or Southeast Asia.