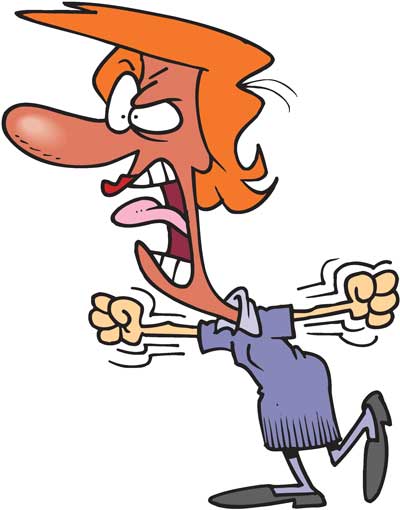 A woman who practices reciting Buddha's name, is very tough and recites namo amitabuha buddha three times daily. Although she is doing this practice for over 10 years, she is still quite mean, shouting at people all the time. She starts her practice lighting incense and hitting a little bell. A friend wanted to teach her a lesson, and just as she began her recitation, he came to her door and called out: "miss Nuyen, miss Nuyen!". As this was the time for her practice she got annoyed, but she said to herself: "I have to struggle against my anger, so I will just ignore it." And she continued: namo amitabuha buddha... But the man continued to shout her name, and she became more and more oppressive. She struggled against it and wondered if she should stop the recitation to give the man a piece of her mind, but she continued reciting: namo amitabuha buddha... The man outside heard it and continued: "Miss Nuyen, miss Nuyen..." Then she could not stand it anymore, jumped up, slammed the door and went to the gate and shouted: "Why do you have to behave like that? I am doing my practice and you keep on shouting my name over and over!" The gentleman smiled at her and said: "I just called your name for ten minutes and you are so angry. You have been calling Amitabha Buddha's name for more then ten years now; just imagine how angry he must be by now!