house where nobody died

from The Book of Secrets, by Osho

Buddha was staying in a village. A woman came to him, weeping and crying and screaming. Her child, her only child, had suddenly died. Because Buddha was in the village, people said, “Don’t weep. Go to this man. People say he is infinite compassion. If he wills it, the child can revive. So don’t weep. Go to this Buddha.” The woman came with the dead child, crying, weeping, and the whole village followed her – the whole village was affected. Buddha’s disciples were also affected; They started praying in their minds that Buddha would have compassion. He must bless the child so that he will be revived, resurrected. Many disciples of Buddha started weeping. The scene was so touching, deeply moving. Everybody was still. Buddha remained silent. He looked at the dead child, then he looked at the weeping, crying mother and he said to the mother, “Don’t weep, just do one thing and your child will be alive again. Leave this dead child here, go back to the town, go to every house and ask every family if someone has ever died in their family, in their house. And if you can find a house where no one has ever died, then from them beg something to be eaten, some bread, some rice, or anything – but from the house where no one has ever died. And that bread or that rice will revive the child immediately. You go. Don’t waste time.” 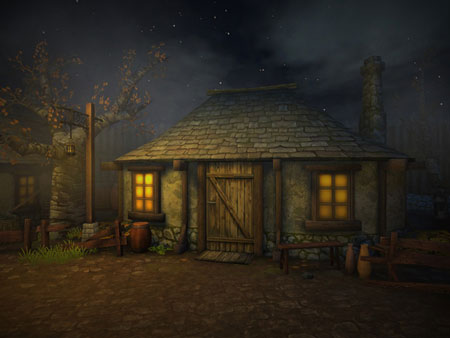 The woman became happy. She felt that now the miracle was going to happen. She touched Buddha’s feet and ran to the village which was not a very big one, very few cottages, a few families. She moved from one family to another, asking. But every family said, “This is impossible. There is not a single house – not only in this village but all over the earth – there is not a single house where no one has ever died, where people have not suffered death and the misery and the pain and the anguish that comes out of it.” By and by the woman realized that Buddha had been playing a trick. This was impossible. But still the hope was there. She went on asking until she had gone around the whole village. Her tears dried, her hope died, but suddenly she felt a new tranquility, a serenity, coming to her. Now she realized that whosoever is born will have to die. It is only a question of years. Someone will die sooner, someone later, but death is inevitable. She came back and touched Buddha’s feet again and said to him, “As people say, you really do have a deep compassion for people.”