the pandit who could not swim 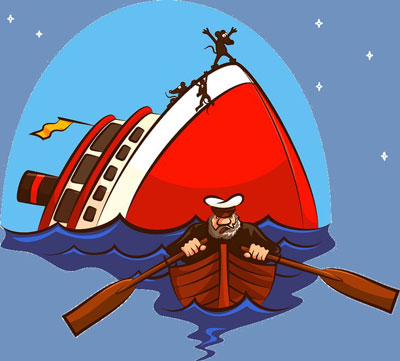 Once, several men were crossing the Ganges in a boat. One of them, a pandit, was making a great display of his erudition, saying that he had studied various books — the Vedas, the Vedanta, and the six systems of philosophy. He asked a fellow passenger, "Do you know the Vedanta?" "No, revered sir." "The Samkhya and the Patanjala?" "No, revered sir." "Have you read no philosophy whatsoever?" "No, revered sir." The pandit was talking in this vain way and the passenger sitting in silence when a great storm arose and the boat was about to sink. The passenger said to the pandit, "Sir, can you swim?" "No", replied the pandit. The passenger said, "I don't know Samkhya or the Patanjala, but I can swim."

What will a man gain by knowing many scriptures?
The one thing needful is to know how to cross the river of the world.