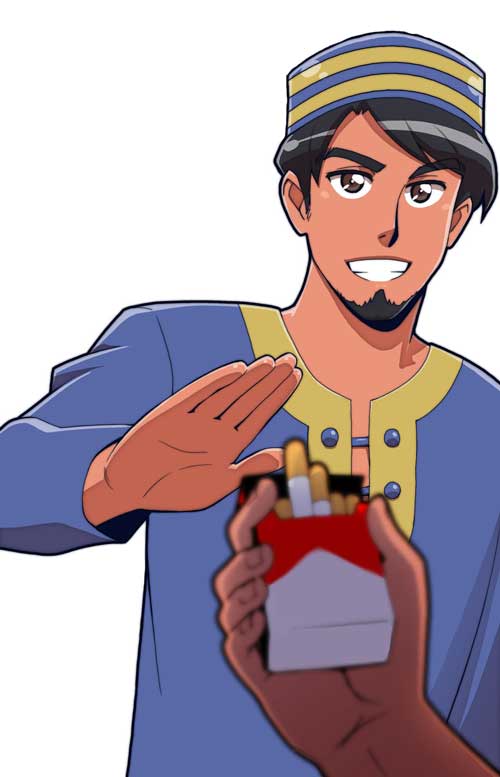 Two disciples of a great Master were walking in the garden of the Master’s house. They were allowed to walk every day, morning, evening. The walking was a kind of meditation, a walking meditation — just as Zen people do walking meditation. They both were smokers. They both wanted to ask for the permission of the Master, so they both decided, "Tomorrow. At the most, he will say no, but we are going to ask. And it doesn’t seem such a sacrilegious act to smoke in the garden; We will not be smoking in his house itself." The next day they met in the garden. One was furious — furious because the other was smoking — and he said, "What happened? I also asked, but he simply flatly refused and said no. And you are smoking? Are you not abiding by his orders?" He said, "But he has said yes to me." This looked very unjust. "I will go and immediately inquire as to why he said no to me and yes to you." - said the first one. The other said, "Wait a minute. Please tell me what you had asked." He said, "What I had asked? I had asked a simple thing, ‘Can I smoke while meditating?’ Master said, ‘No!’ and he looked very angry." The other started laughing and said: "Now I know what is the matter. I asked, ‘Can I meditate while smoking?’ He said ‘yes.'"

It all depends. Just a little difference, and life is totally something else. Life is neither misery nor bliss. Life is an empty canvas, and one has to be very artistic about it.