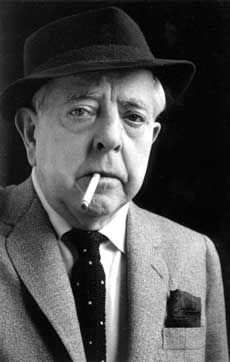 Jacques Prévert was a French poet and screenwriter. His poems became and remain popular in the French-speaking world, particularly in schools. His best regarded films formed part of the poetic realist movement, and include Les Enfants du Paradis (1945). Jacques Prévert grew up in a middle class family, the middle of three sons, and enjoyed a mostly happy childhood. In 1920 Prévert began his military service, required of all French men. While stationed at Lunéville in eastern France he befriended Yves Tanguy, who would later become a Surrealist painter. In 1921, while stationed in Constantinople (now Istanbul, Turkey), he met another friend, Marcel Duhamel. All three were eager to throw off the discipline of the military. Once their service was done, they moved to Paris and threw themselves into a rebellious, bohemian life. In 1925 Prévert married a longtime friend, Simone Dienne. By the mid-1930s, Jacques Prévert began developing into a major screenwriter and dialogue writer. He collaborated with Jean Renoir, one of France's leading filmmakers of the 1930s, and the two co-wrote the 1935 film Le Crime de Monsieur Lange. He also began working with filmmaker Marcel Carné on the film Jenny. During this time Jacques broke up with his wife, Simone, and soon fell in love with Jacqueline Laurent. After Nazi Germany invaded France in 1940, Jacques Prévert moved to Saint-Paul-de-Vence in the south of France. Between 1943 and 1945, Carné and Prévert produced their masterpiece, Les Enfants du paradis (The Children of Paradise). The film was extremely difficult to make, since it involved assembling large crowds for several scenes and since much of it was made during the Occupation. The film, which depicts several street performers in nineteenth-century Paris, is centered on four men in love with the same woman. It was inspired by the nineteenth-century story of a famous mime who killed a man that insulted his girlfriend. Thanks to its evocative depiction of historic Paris, its romantic themes, and the populist, anti-authoritarian themes that surprisingly made it past the censors, it became one of France's most popular and celebrated films of all time. The peak of Prévert's career came immediately after World War II. In 1945, the same year that Les Enfants du paradis was released, he published his collected poems, Paroles. Prévert spoke particularly to the French youth immediately after the War, especially to those who grew up during the Occupation and felt totally estranged from Church and State. On of his most famous poems Barbara, were very popular among French youth in 50-es. After a long illness, Jacques Prévert died on April 11, 1977, at his home in Omonville-La-Petite, in Normandy, France.