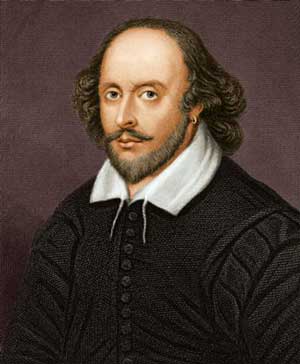 William Shakespeare was an English poet, playwright, and actor, widely regarded as the greatest writer in the English language and the world's pre-eminent dramatist. He is often called England's national poet and the "Bard of Avon". His extant works, including some collaborations, consist of around 38 plays, 154 sonnets, two long narrative poems, and a few other verses, of which the authorship of some is uncertain. His plays have been translated into every major living language and are performed more often than those of any other playwright. William Shakespeare was the son of John Shakespeare, an alderman and a successful glover originally from Snitterfield, and Mary Arden, the daughter of an affluent landowning farmer. He was born in Stratford-upon-Avon and baptised there on 26 April 1564. His actual date of birth remains unknown, but is traditionally observed on 23 April, Saint George's Day. He was the third child of eight and the eldest surviving son. William Shakespeare married Anne Hathaway on November 28, 1582, in Worcester, in Canterbury Province. William was 18 and Anne was 26, and, as it turns out, pregnant. Their first child, a daughter they named Susanna, was born on May 26, 1583. Two years later, on February 2, 1585, twins Hamnet and Judith were born. Hamnet later died of unknown causes at age 11. After the birth of the twins, there are seven years of William Shakespeare's life where no records exist. Scholars call this period the "lost years," and there is wide speculation on what he was doing during this period. It is generally believed he arrived in London in the mid- to late 1580s and may have found work as a horse attendant at some of London's finer theaters, a scenario updated centuries later by the countless aspiring actors and playwrights in Hollywood and Broadway. By 1592, there is evidence William Shakespeare earned a living as an actor and a playwright in London and possibly had several plays produced. By the early 1590s, documents show William Shakespeare was a managing partner in the Lord Chamberlain's Men, an acting company in London. After the crowning of King James I, in 1603, the company changed its name to the King's Men. From all accounts, the King's Men company was very popular, and records show that Shakespeare had works published and sold as popular literature. The theater culture in 16th century England was not highly admired by people of high rank. However, many of the nobility were good patrons of the performing arts and friends of the actors. By 1597, 15 of the 37 plays written by William Shakespeare were published. By 1599, William Shakespeare and his business partners built their own theater on the south bank of the Thames River, which they called the Globe. Tradition has it that William Shakespeare died on his birthday, April 23, 1616, though many scholars believe this is a myth. Church records show he was interred at Trinity Church on April 25, 1616. In his will, he left the bulk of his possessions to his eldest daughter, Susanna. About 150 years after his death, questions arose about the authorship of William Shakespeare's plays. Scholars and literary critics began to float names like Christopher Marlowe, Edward de Vere and Francis Bacon—men of more known backgrounds, literary accreditation, or inspiration—as the true authors of the plays. Skeptics also questioned how anyone of such modest education could write with the intellectual perceptiveness and poetic power that is displayed in Shakespeare's works. The most serious and intense skepticism began in the 19th century when adoration for Shakespeare was at its highest. The detractors believed that the only hard evidence surrounding William Shakespeare from Stratford-upon-Avon described a man from modest beginnings who married young and became successful in real estate. Members of the Shakespeare Oxford Society (founded in 1957) put forth arguments that English aristocrat Edward de Vere, the 17th Earl of Oxford, was the true author of the poems and plays of William Shakespeare. The Oxfordians cite de Vere's extensive knowledge of aristocratic society, his education, and the structural similarities between his poetry and that found in the works attributed to Shakespeare. They contend that William Shakespeare had neither the education nor the literary training to write such eloquent prose and create such rich characters. However, the vast majority of Shakespearean scholars contend that William Shakespeare wrote all his own plays. They point out that other playwrights of the time also had sketchy histories and came from modest backgrounds. What seems to be true is that William Shakespeare was a respected man of the dramatic arts who wrote plays and acted in some in the late 16th and early 17th centuries. But his reputation as a dramatic genius wasn't recognized until the 19th century. Beginning with the Romantic period of the early 1800s and continuing through the Victorian period, acclaim and reverence for William Shakespeare and his work reached its height. In the 20th century, new movements in scholarship and performance have rediscovered and adopted his works. Today, his plays are highly popular and constantly studied and reinterpreted in performances with diverse cultural and political contexts. The genius of Shakespeare's characters and plots are that they present real human beings in a wide range of emotions and conflicts that transcend their origins in Elizabethan England.